By Bruce McAlpineJune 14, 2022No Comments 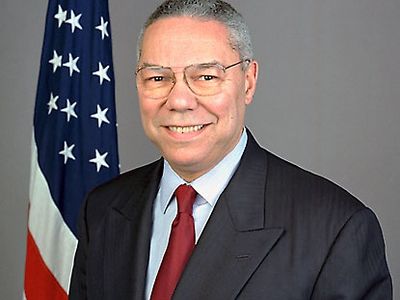 Here is a great leadership summary from Collin Powell’s book “It Worked for Me: In Life and Leadership”.

“Here are those rules for success and leadership:

This rule reflects an attitude, not a prediction. “I have always tried to keep my confidence and optimism up, no matter how difficult the situation,” Powell wrote.

A good night’s rest, Powell noted, usually reduces any problem or conflict. He also wrote that leaders should leave their office every night with “a winning attitude,” even while dealing with major problems, to convey strength to their team.

Everyone gets mad. But, as Powell wrote, “staying mad isn’t useful.”

“I’ve worked hard over the years to make sure that when I get mad, I get over it quickly and never lose control of myself,” he wrote. “With a few lapses I won’t discuss here, I’ve done reasonably well.”

One of Powell’s tricks for combating ego: encouraging his commanders and staff to argue with him.

His guidance was simple: “Disagree with me, do it with feeling, try to convince me you are right and I am about to go down the wrong path,” he wrote. “You owe that to me; that’s why you are here.”

Minimizing your ego is crucial to success, he noted, adding that any decision “is not about you or your ego; it is about gathering all the information, analyzing it, and trying to get the right answer.”

For Powell, success was sometimes a self-fulfilling prophecy: If you believe that it’s possible, he argued, you’re more likely to attain it.

“Don’t surround yourself with instant skeptics,” Powell wrote. “At the same time, don’t shut out skeptics and colleagues who give you solid counterviews.”

His recommendation: Listen to what the skeptics have to say, while staying focused and positive on your goal. Sometimes, their concerns can help you address your blind spots.

For Powell, this rule could also be summed up with four words: “Don’t rush into things.”

Even when you need to make fast decisions, there’s almost always time to examine the pros and cons, he noted — and when you can, you should.

“Some bad choices can be corrected,” Powell wrote. “Some you’ll be stuck with.”

Powell’s key to great leadership was pretty simple: “superb instinct.” Or, in other words, trust your gut.

When faced with a tough decision, Powell wrote, you should gather as much information as possible — but in the end, use your judgment and instincts to make the right decision.

“This is when you look deep into your own fears, anxiety, and self-confidence. This is where you earn your pay and position,” he wrote.

You can always ask other people for advice when making decisions. Just don’t let someone else take over your decision-making process, Powell advised.

“Seek the advice of others, but be aware that people are always around who are full of advice and sure they know how you should decide,” he wrote. “All too often, your decision affects them and they are pushing you in a direction that’s more in their interest than yours.”

As a leader, Powell noted, he’d often drop in on other departments and wander around the office to see what others were working on. That’s because for him, success was built off small details.

When done correctly, Powell wrote, success should also a team sport — and when something goes well, you need to share the credit across the entire organization.

“Let all employees believe they were the ones who did it. They were,” Powell wrote, adding that people need recognition and a sense of worth “as much as they need food and water.”

When situations become chaotic, Powell wrote, stay calm and kind: “In the ‘heat of battle’ — whether military or corporate — kindness, like calmness, reassures followers and holds their confidence.”

Be the former, not the latter.

Powell says employees need to know where their leaders are taking them, and why. So, if you’re leading people, you need to define a “sense of purpose” and get your team to believe in it as strongly as you do.

“Great leaders inspire every follower at every level to internalize their purpose, and to understand that their purpose goes far beyond the mere details of their job,” Powell wrote.

The focus, he noted, should always be on getting better and better.

Every leader needs to learn and understand their fears to make good decisions. If you don’t, your fears will control you in challenging times, Powell wrote.

“Fear is a normal human emotion. It is not in itself a killer,” he explained. “We can learn to be aware when fear grips us, and can train to operate through and in spite of our fear.”

As for naysayers, Powell wrote, they’re more often wrong than right. Of course, sometimes they’re correct — so they’re worth listening to, but only in small doses. Use them as “one line” in your decision-making calculus, he advised.

“Listen to everyone you need to, and then go with your fearless instinct,” he wrote.

The people around you will feed off your optimism, Powell wrote, adding that self-belief is equally contagious: “If you believe and have prepared your followers, the follower will believe.”

That, Powell wrote, was one of the greatest lessons he learned from the military — where effective communication alone can be a competitive advantage.

“Having greater communication and command and control over your forces than your enemy has over his is a force multiplier,” he wrote.

About the Author: Colin Luther Powell was an American politician, statesman, diplomat, and United States Army officer who served as Chairman of the Joint Chiefs of Staff and later as the United States Secretary of State.